This is the second session of our Autumn longitudinal study.

Year R: using their pre-knowledge from last weeks Autumn walk, the children were to create a board using different leaves to show the colour changes throughout the seasons. Once this had been modelled they worked Year independently and produced some lovely layered frames.

Year 1: using a log box to record the temperature outside, data was collected individually. This data was then collated as a whole class chart

What data did you collect?

How was the data recorded?

Year 2: Spotter sheets were used to record different types of birds. This data was also transferred into a chart.

Can you name at least 3 different types of bird?

How did you record your findings?

Year 3: the children referred back to their previous enquiry about what food is found for the animals, to find and record food sources available. First, they had to adapt and label a map to highlight the food sources, next they adapted a spotter sheet to create a tally chart showing which birds were seen in each highlighted area.

Which area was the most popular?

Which area was the least popular?

Name the most common bird?

What food sources were available?

Year 4: a simple table was required to show when we are collecting data, what shelter we are focussing on and the animals actively using it. Year 4 were recording this data using a tally chart.

What shelter did you choose and why?

Is it being actively used?

Why would a shelter not be used this time of year?

Year 5: working independently, the children were collecting data to show what food is grown.it must be fit for human consumption. It must show when the data was collected, where the food was seen and the type of food they found. Using books for research the children planned a map of intended crops for the year.

What crops did you plan for?

What season did you find the most difficult to have food to provide us with?

Year 6: the children had to name four changes that take place in the human body from baby to child. After discussing the changes suggested they had to chose one that could be measured. The accuracy of using a tape measure was scaffolded and supported. The data was then collected as a group collaboration and a table was drawn up.

What did you choose to measure?

Can you give 3 important rules for accurate measure?

How did you record data? 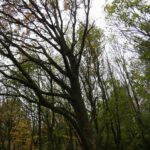 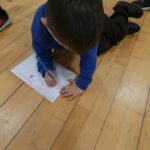 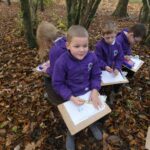 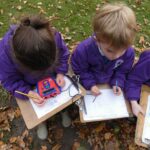 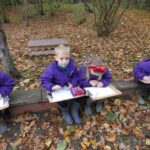 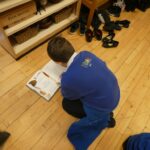 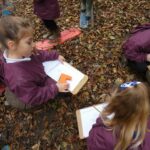 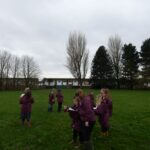 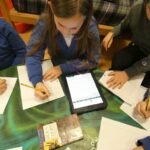 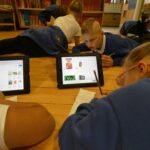 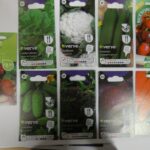 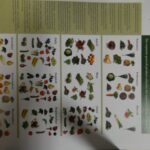 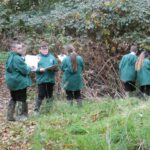 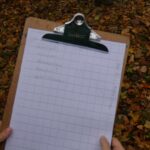 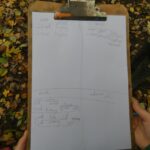 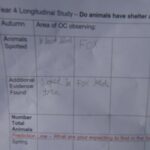 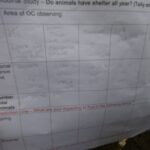 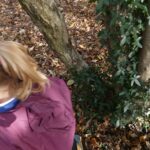 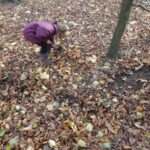 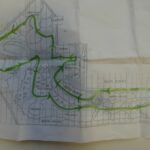 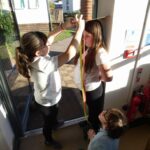 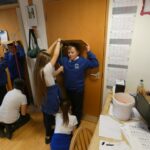 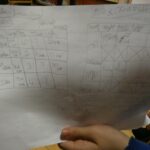 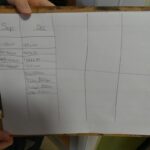